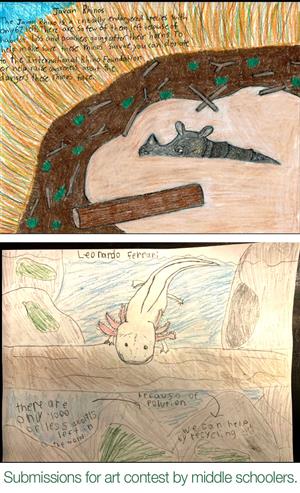 The Environmental Club at Hastings High School is taking an artsy approach to raising awareness about endangered species. The club launched two art campaigns – a contest for Farragut Middle School students, and a workshop for Hillside Elementary School students – to engage the younger set in environmental causes.

The club invited all middle school students to pick an endangered animal and draw it in its natural habitat. Before choosing an animal, students had to research the species population, environmental threats and ways to stem the population decline. The winner of the contest will receive a cash prize.

“It’s a cause that kids can connect to,” said Environmental Club Co-Vice President Chelsea Seidel. “It’s not just a word or phrase like climate change, these animals have a face and a name.”

The workshop for elementary school students, which has yet to be held, will explain what it means for an animal to be endangered, and allow the students to choose an animal to learn more about and draw. The organizers said they hope the basic information will give the students and their families a new perspective on an issue that is not exactly in their backyards.

“The issue of endangered species is often cast as an overseas issue,” said Co-Vice President Roisin O’Flaherty. “Learning that you have the power to change it, especially when you’re younger, matters.”

Organizers of the endangered animals campaign, Seidel, O’Flaherty, and club Secretary Celeste Paerels, planned the activities after a brainstorming session at one of their weekly meetings. 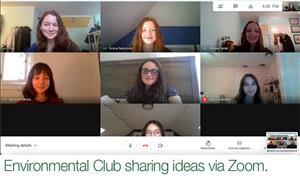 “We found there was not really much we could do this year remotely,” said Paerels. “So, we came up with these campaigns to get the community involved with environmental efforts.”

With the pandemic grabbing all the headlines, the students thought they could shine some light on issues that have not received much attention recently.

With its two campaigns already gaining traction, the Environmental Club is aiming for more socially distant activism in the New Year.

“I think it’s important to raise awareness when Hastings families may still be in a position to donate to charities and help with these problems,” said Seidel. 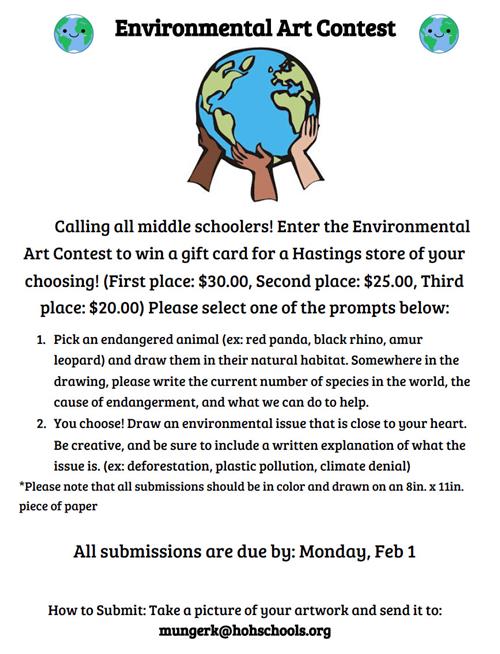