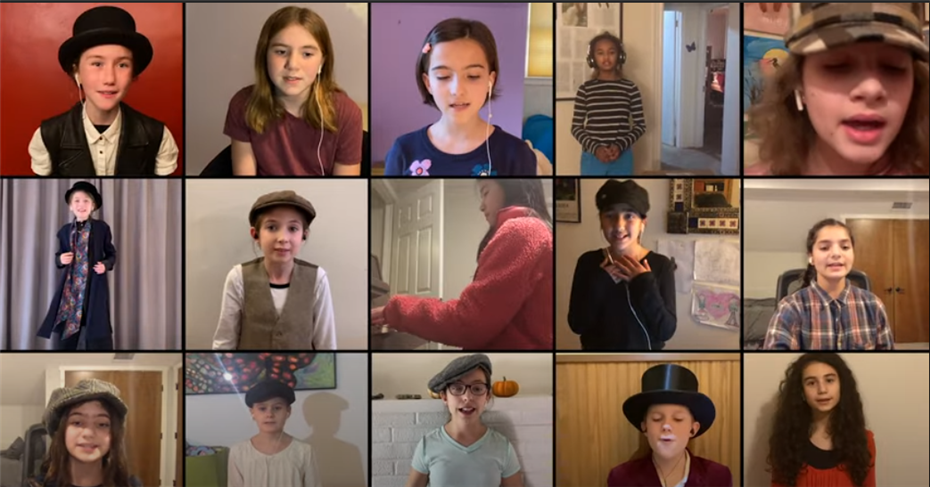 Nearly 400 people traveled back to the cobblestone street corners of Victorian-era London when they caught the virtual premiere of Farragut Middle School’s rendition of the musical, “Oliver.”

Sixth graders performed a junior version of Lionel Bart's classic musical based on Charles Dickens' novel, “Oliver Twist.” The production had its virtual premiere on YouTube Friday night and was performed and produced through Zoom.

Laurie Walton, director of the musical, said that taking on the performance virtually changed the way she approached production, shifting her primary focus from acting choices and staging to the music. Despite the complications, she said, she was glad her cast had the opportunity to perform.

“I am going on my 15th year of directing at Hastings and this was the toughest challenge I’ve ever had,” she said. “I appreciate the fact that the kids stuck to it. They did a great job under very difficult circumstances.” 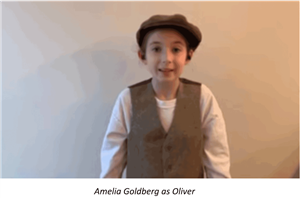 The actors agreed that the format was challenging.

“I think that singing the song at the same time was hard,” said Amelia Goldberg who played the titular orphan, Oliver.

Leigh Jacob, who played Fagin, the leader of the group of pickpockets, said “I thought it was particularly hard not to practice in person,” adding that it is difficult to perform a group song when you are not in the same space.

Walton said coordinating 16 actors through the screen and syncing music posed a challenge for everyone.

“It’s so hard to teach music virtually because of the delay,” she said. “When you’re on the screen alone without the rest of the cast. It is really difficult but I think the students enjoyed it.”

Technical Director Gillian Husovsky had experience working through Zoom, having worked on the Hastings High School play. But she said a musical, which would normally have had many physical sets, was a different story.

“It’s weird to not be building sets in person,” she said.

Many of Husovsky’s crew developed their own designs of 19th century London through artwork, which was then shared online. One crewmember developed her image of old London Bridge digitally. 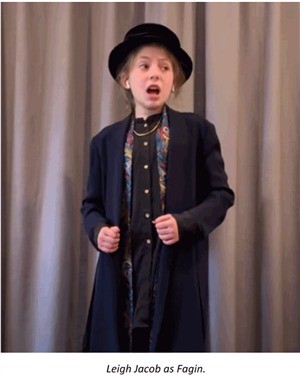 “I have this app on my iPad where you can draw and I did the bridge and sent that in,” said Celia Ayuso. “It took me around three days to do it and it was actually pretty fun.”

As a full time member of the tech group, Ayuso said she hopes to participate in future productions held on an actual stage. Her technical director shared that sentiment.

“This is the introduction for them on how everything works, how the whole world of theatre works,” she said, adding that she missed having a physical stage.

The actors also missed having a live audience but they were still proud of their performances.

“It's like being in a movie,” said Jacob. “I’d prefer to be on stage but this was fun too.”

Goldberg said seeing her work on the screen was certainly a different experience from what she has been accustomed to. Like Jacob, she also participates in Random Farms Kids Theater Studios, but this performance was the first time she was cast in a lead role, something she was proud of whether she graced the stage or the screen.

“It’s unfortunate that this has to be on screen,” said Goldberg. “Probably more people would see it if it was on stage but it’s still exciting we’re going to have our work out on the screen.” 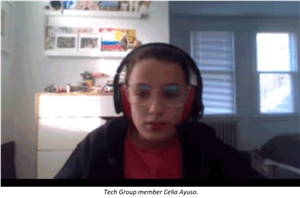 The tech crew and its director found the virtual process to have its ups and downs, with jobs that usually require physical presence and a team effort. Husovsky said her crew definitely felt the difference of not being on the stage as well.

“It’s like missing that momentum,” she said. “But I am also excited to be able to share (the final product) with family.” 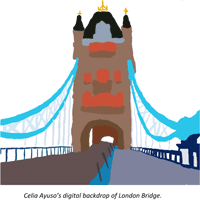 “I like it because I can look back on it and remember how much fun I had doing it,” said Ayuso. “But I wasn’t able to go onto the stage and paint or anything.”

The musical’s director said she also missed the camaraderie that the students develop when working on the stage together.

“As a director I always push the meaning of ensemble and being together,” she said. “But the fact that it actually all came together I think they’ll feel good and proud of themselves.”

You can watch the full musical here.