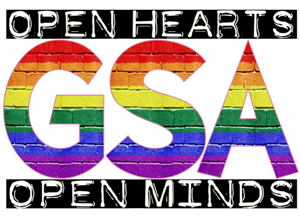 Farragut Middle School is now offering a group to help unite all students and promote awareness.

The Farragut Middle School Gay Straight Alliance had its first meeting last week for students who want to connect and discuss their gender and identity. With the slogan of “open hearts, open minds, all are welcome”, the GSA aims to connect all middle school students and provide a place where all can be heard.

“The whole idea is to support and empower students so they can educate others and promote awareness,” said GSA faculty advisor Melissa Otivich. “It’s about having a safe space and having allies in the community to discuss issues that are impacting them in their school.”

The GSA is open to all middle school students and meets virtually once a week. Otivich said the club started a little late in the year due to COVID but is glad to get it up and running with a larger audience than she expected.

“There has been a pretty good interest in the fifth and sixth grades,” she said. “So the fact that kids that young are finding a safe space in school is important.”

With many clubs and programs such as the GSA being launched or continued throughout the school year, supervisors such as Otivich act as the support system for students seeking a place to discuss their feelings in and outside of school regarding sensitive topics such as gender, identity, and race. Otivich said she was amazed that the students were stepping up and requesting the group by themselves and advocating for change in their school.

“A lot of these groups have emerged as vehicles for social change,” she said. “Not only for gender but race and educational justice.”

Though Otivich is proud to be supervisor of the club, this is her first year of being involved. Having received recent feedback from a number of students in her health education class about their desire to see the club make a comeback this year, Otivich took matters into her own hands and put a request in for the GSA. Now, with members of all different backgrounds signing up, her only hope is that more will follow.