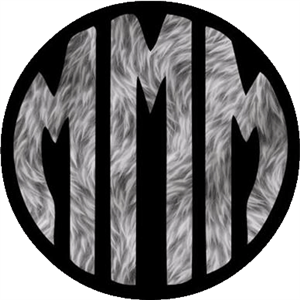 You have probably heard of March Madness before, the annual NCAA Division I Men's Basketball Tournament, but one teacher at Hastings High School is putting her own spin on it and it’s a whole different species.

In Faye Barenfeld’s freshman living environment class, students are exploring different animal species and behavioral adaptations - but not from a textbook. Instead, they are selecting their favorite animals and seeing them square off in the ring.

It’s called March Mammal Madness, and it’s a unique educational take on the popular college basketball tournament involving animals (some mammals, some not) of all shapes and sizes that can compete to be crowned champion. Created by Dr. Katie Hinde of Arizona State University, the online tournament started in 2003 and has garnered thousands of followers across the world over the years. For Barenfeld and her living environment class, it's not all about the competition.

“We're trying to understand how physical traits and behavior allow different species to have survival advantages,” she said. “Also looking at how the environment plays a role in species survival.”

Students, teachers, and staff had their pick of 65 species separated into four categories: red in fur, tricksy taxonomy, of myths and monsters, and sea beasties.

Organizers of the competition gather scientific research on the behavior and skills of each species in order to rank them. Based on their rankings, animals are paired to face off in a simulated interaction with the outcome determined by a random number generator, taking into account certain factors such as environment and animal behavior. Students are able to follow a play-by-play of the prizefights through social media, the student with the most points claims bragging rights - plus a $20 gift card.

“You kind of learn more about the animals as you're reading so animals that you didn't even know existed, or even some of the animals are extinct,” said student Maya Tadmor. “It’s a nice addition to biology and living environment as a class because it's not normally what we do.”

For Barenfeld, this is the first time she is bringing the madness to her class at Hastings. Although she didn’t expect a good turnout this year, her whole class got involved, along with approximately 30 others who couldn’t resist getting competitive after seeing the bracket posted in the school.

“People are having fun trash talking about each other's fix,” she said. “A favorite right now would probably be the red wolf, the bay cat, and the red kangaroo, those would be the top three picks.”

Although the tournament may be an unconventional way to learn about natural selection and habitats, Barenfeld said projects like these are common in her class.

“I try to put themes towards every unit,” she said. “The project gets students thinking critically about how a variety of factors play into species' survival and it's a really engaging way to learn.”

For Barenfeld’s students, the creative assignments are a welcome and interesting way to further their understanding of biology and also increase engagement during class.

“It definitely made me more excited to learn about science,” said Tadmor. “I was going into this year thinking it would be a boring living environment class because it's going to be at home, and I was pleasantly surprised.”

For Tadmor, her predictions for the tournament lean toward the saber-toothed anchovy, a now-extinct creature that swam through Earth's oceans tens of millions of years ago, but she’s also rooting for an unexpected underdog.

“I would say my favorite has to be the dugong,” said Tadmor, referring to a species of sea cow. “It doesn't really stand any chance against a lot of the other animals, but just the fact that it's like super big and heavy might give it like you know some points.”

The marine mammal might not be the front-runner for this tournament, but it certainly has proven to be a fan favorite as Barenfeld also eyed the underwater herbivore as an unlikely winner.

“It's probably not going to do great, but it could get put in an environment that gives it an advantage over competitors, so I’m just kind of hoping for that little stroke of luck,” she said.

While the class watches their animals clash throughout the month, Barenfeld expects some surprises for her students along the way. She hopes some of the interest she has seen will spread in the community and attract an even larger crowd next year, perhaps making March Mammal Madness an annual event at Hastings.

“It's just a really fun way to learn about different biomes and different species,” said Barenfeld. “It’s a cool way to explore ecology for students and for just people in general.”