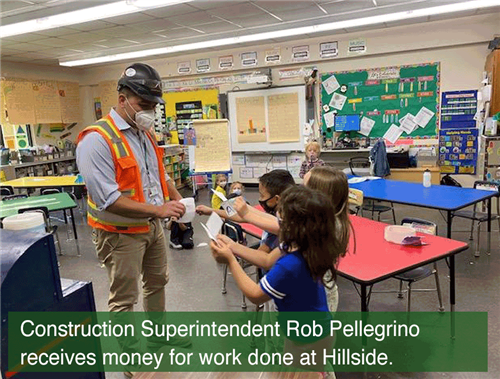 Students at Hillside Elementary School are generousmonely paying for the construction work being performed at the school with their own handcrafted cash.

Students in Marykate McCabe’s first grade class started donating the dough after making the money on their own during free time.

“I made the money so Mrs. McCabe didn’t have to pay and we could pay them,” said first grade student Stella R. “So, I drew it out and made it green.”

Stella was one of several students who offered up their own stash as payment but made it clear to McCabe about the intended purpose of the legal tender.

“They came up to me and told me that they made me money,” said McCabe. “But they said that it wasn’t for me and that it was only to pay the construction workers for the building.”

McCabe said that the idea stemmed from the view of the construction from the classroom and how the students have been keenly observing its progression each day.

“Right now, the students are seeing the workers and there is a lot of activity,” she said. “We’ve been tracking the construction and how far it has gotten.”

After giving up their greenbacks, students were able to meet construction Superintendent Rob Pellegrino who informed the students that they should pay only half of the money up-front and the rest when construction is completed sometime next year. 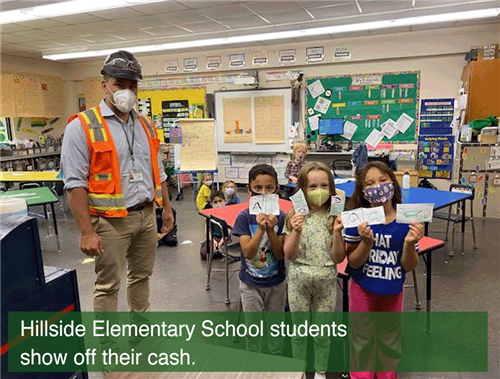