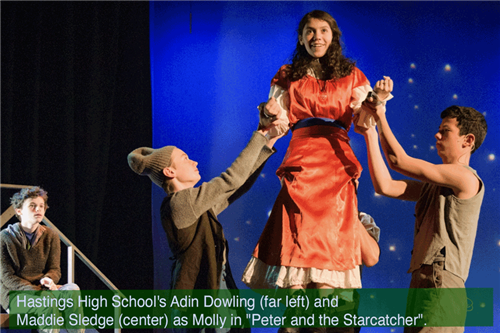 Senior Maddie Sledge and sophomore Celia Silverstein took home the Best Actor in a Play award for their roles in Hastings High School’s production of “Peter and the Starcatcher” which was staged in 2019. They are two of the three award winners in the National Youth Arts Awards Eastern region. In addition, Alexandra Rotmil-Eser, a sophomore and Adin Dowling, a senior, were nominated for Best Supporting Actors, while the production took home the award for Best Ensemble overall. Although the pandemic put the awards on hold for an entire year, the actors said they were just glad to see it get the attention it deserves.

“When I heard the awards and nominations come out, obviously I was thrilled, but more than anything else, I was really happy that the show got recognized at all even after a year delay,” said Sledge.

“It was great to hear,” added Dowling. “This is the second award I've been nominated for and I've never gotten any award for acting so this is really fantastic.” 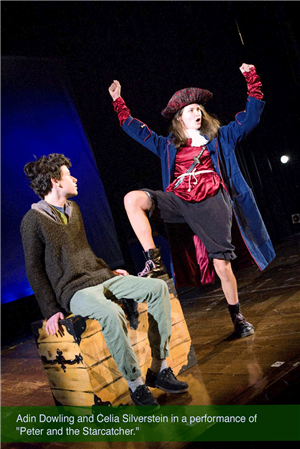 The play, which reimagines the origins of Peter Pan, was a particularly demanding performance for the cast, complete with sword fights, musical numbers, and ‘flying.’ It was Sledge and Silverstein’s first time performing for the school.

“It was just such a special experience because it was a small cast and it was the first real school show that I've ever been a part of,” said Sledge. “I really think that everyone brought their A-game to it and it was so fun to just be able to perform with each other.”

“The physicality of the show was really fun to learn, and it was super exciting,” added Silverstein. “It just completely showed me that this is my passion and I've realized that I want to continue doing this.”

She’s not alone: Dowling has also pledged to keep the arts in his future.

“I'm going to a school that's very theatre oriented so I am definitely going to do theater there, while majoring in physics and math,” said Dowling.

And Sledge will be attending New York University’s Tisch School of the Arts for acting in the fall.

“Theater and performing is my passion,” said Sledge. “It was definitely a difficult decision, but I think I'm going to be really happy pursuing it.”

The award winners all gave credit to the play’s director Rachel Wineberg for her coordination and expertise. It was the same qualities that led to her recognition by the National Youth Arts Awards, having been nominated for Best Director this past May.

Wineberg said that she is optimistic for her students and is glad to have been able to guide them.

“It's always exciting when somebody that I've been working with and that I've been training wants to keep pursuing acting,” said Wineberg. “Obviously it would be wonderful if one of them wins an Academy Award and mentions their school drama teacher, but that's not really why you're in the room every day!”

You can find the full list of winners here: http://www.nationalyouththeatre.com/news/news_nya_awards2020_eastern.asp 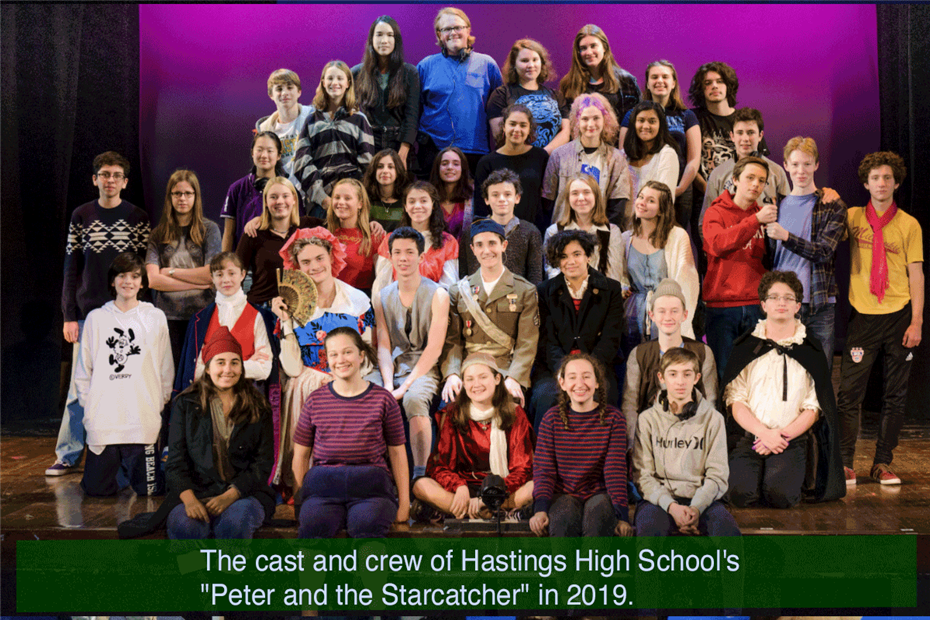