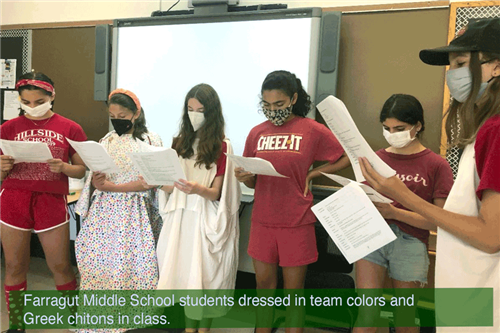 As part of their ancient history unit, Farragut Middle School’s sixth grade learned about ancient Greece in their social studies class this past month. Exploring the Parthenon and participating in plays about ancient Greek mythology were just a few of the exciting things they were able to take part in while discovering the ancient civilization. The unit culminated with the annual Grecian Festival, a multi-day event where students competed on teams for the top spot with some knowledge-based challenges.

“I learned a lot about the ancient Greeks and how they were,” said Minah Choi-Phillips.

Dressing up in ancient Greek fashion and being treated to a Mediterranean-influenced meal, students got a real taste of how it was to be an ancient Greek. The festival culminated with the ultimate athletic event: the Olympics!

“We learned about sportsmanship and competition in the Olympics,” said sixth grader Rosalie Dunn. 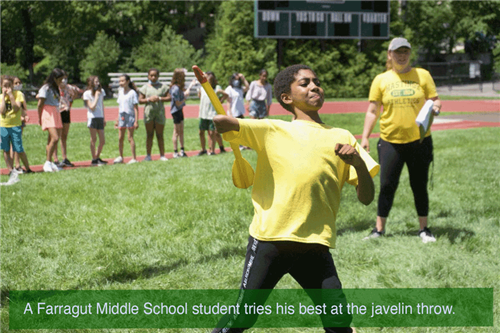 Representing their “city-state,” students tried to go for the gold in a series of athletic competitions, such as the javelin throw, discus, and shot put. Event organizers said it not only brings ancient Greece to life for the students, but also emphasizes the importance of teamwork and sportsmanship among the students.

“The kids did great with it this year, they showed so much spirit,” said sixth grade teacher Barbara Richman, who organized the festival. “Each student is on a team and it helps them be a part of something at the end of the year and everyone has a role to play.”

This year’s event is the 22nd year of the ancient Greek festivities, which Richman started in her first year of teaching at Farragut Middle School. With her students now experts in ancient Greek architecture and pottery making, Richman said she is happy to have her students ending the school year with a creative celebration of their newfound knowledge.

“It’s been a great way to engage kids in the last month of school,” said Richman. “The festival really makes use of all the themes of Ancient Greece.” 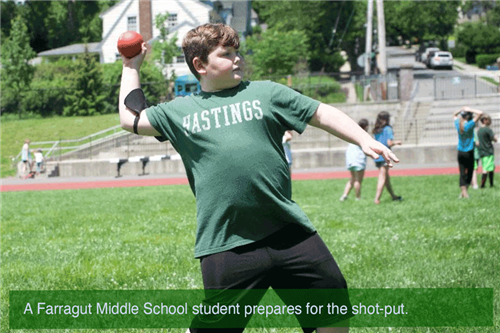 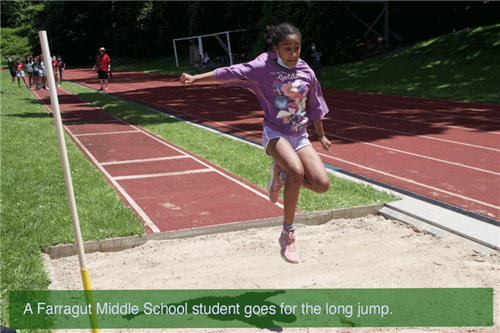 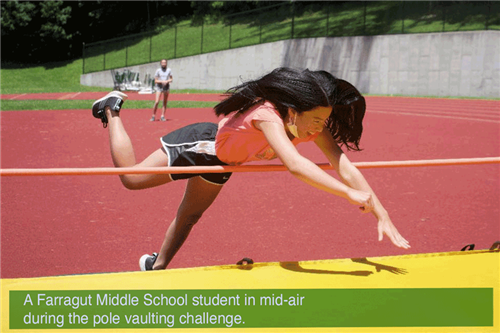