Hastings-on-Hudson Students Back on the Field for Fall Sports 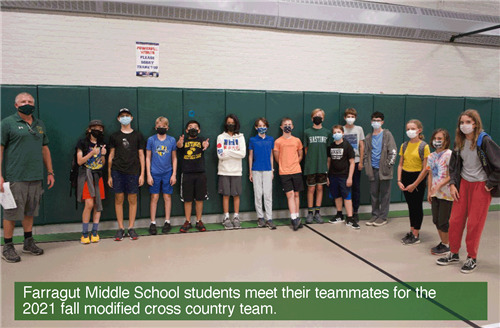 Student athletes in the Hastings-on-Hudson School District are gearing up for the
fall sports season this week.

Following an interest meeting held Thursday, students selected their choice of
sport and met their new coaches for the modified fall sports season. For student
athletes returning to the field and gym to play such sports as volleyball, tennis,
soccer, and football, the season could not start soon enough.

“I’m excited for this season,” said seventh grader Rosalie Dunn.
Dunn, who originally wanted to play field hockey, shifted her interest to cross
country and is ready to improve her skills this fall.

“I’m looking forward to getting better at running,” she said.

Dunn isn’t the only one set for the season to start. Students interested in playing
for the Yellowjackets modified fall football team were already trying on equipment
and getting their helmets on at the meeting. 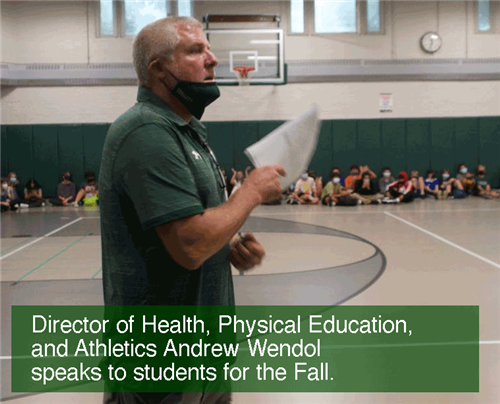 Curtis was especially happy to see the season start this past week, having proudly played for the Yellowjackets last year. While welcoming prospective players to the team, he was able to catch up with his returning teammates in what he said was a great way to kick off the fall sports season: having everyone back together.

“It feels good to be with everybody again,” he said.

“We are excited to provide a fun, safe, and competitive athletic program for our student-athletes, coaches, parents, and community,” said Director of Health, Physical Education, and Athletics Andrew Wendol. “Athletics is such a huge part of many people's lives and is especially important in the times we are living in.”