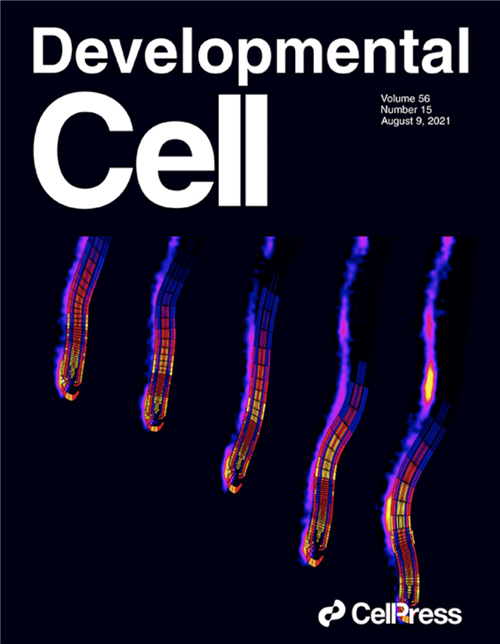 Their paper, "FANCI Functions as a Repair/Apoptosis Switch in Response to DNA Crosslinks,” describes a mechanism by which cells decide their fate, repair or self-removal, after DNA damage. The mechanism relies on the ability of a DNA repair effector, Fanconi anemia, complementation group I (FANCI), to engage an apoptotic device in a manner exclusive with its repair activity. Their research can potentially be used in future cancer treatments.

Now a published scientific researcher, one of the Hastings alumni said it had all stemmed from her time at Hastings High School and its science research class. “Science has always been one of my favorite subjects, especially biology,” said Van Hoogstraten. “I always knew I had wanted to take the science research class and do a research project.”

Now at Yale University, Van Hoogstraten said Melissa Shandroff’s science research class not only continued her love for the subject, but also prepared her for the environment of a professional lab and college.

“Hastings really has done a good job readying me for school and college,” she said. “When I took a lab in my first semester, I was already comfortable in that space and had my footing and that was because of the science research class.” In fact, Van Hoogstraten said she uses what she learned in the high school class almost every day in her current courses.

“I am taking genetics because I love it,” she said. “A part of my class this semester is reading and analyzing research papers and I definitely would not have the skill set to do that if I hadn’t done that in science research class.”

One of Van Hoogstraten’s partners on the project was another former Hastings High School student, Mininger, who is currently at Boston College.

“We weren’t in the lab at the same time, but it was great to have a little Hastings legacy going on,” Van Hoogstraten said.

The Hastings legacy was something that actually had inspired Van Hoogstraten to continue her scientific studies.

“I had known people in the science research class who had been published and I looked up to them and wanted to emulate them,” said Van Hoogstraten. “Now, I feel lucky and honored that today’s students might read my paper and be inspired.”

The news of becoming a published scientific researcher came as a surprise to one of the Hastings alumni.

“It’s very difficult to get work published and it’s a long process so I kind of forgot about it,” said Van Hoogstraten. “I saw the email over the summer, and it was very exciting, my parents were over the moon, and I was very proud of myself.”

While it is an achievement, having the research published in a scientific journal was not the goal for Van Hoogstraten. The findings having the potential to be used in future cancer treatments was the idea that held a personal connection.

“My uncle was diagnosed with cancer about ten years ago,” she said. “His life has been extended significantly because of changing treatments and new research so just watching how much new research affected his life really made me feel that I could help people.”