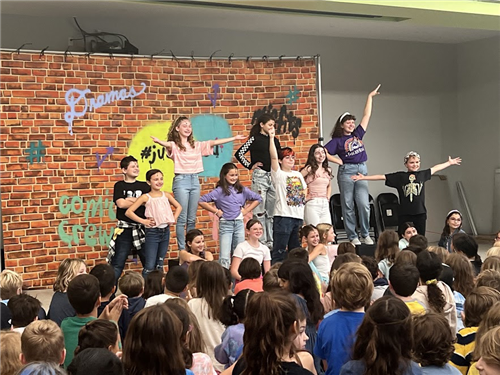 Recently, with support from the PTSA, Random Farms Kids’ Theater, a nonprofit organization whose goal is to teach children to connect with their peers, communities, and the world through live theater, came to Hillside Elementary School to perform the latest production on their Anti-Bullying Tour, #JustBeYou.

#JustBeYou, based on a book written by Eric C. Webb with music and lyrics by Stephanie Bianchi and orchestrations by Will Reynolds, is one of many anti-bullying musicals that the group of young performers produces each year. Developed for both child performers and child audiences, the show allows students the opportunity to see themselves through an artistic lens, striving to assist them in their own personal development and guide them toward healthy interaction with their peers.

"With their peers as the actors, students were able to connect with the performance in a way that felt relatable," said Hillside's School Counselor Juliann Snyder. "They learned how to resolve conflicts positively and show empathy for others. It was an engaging production of song, dance, comedy, and drama that united everyone in the audience." 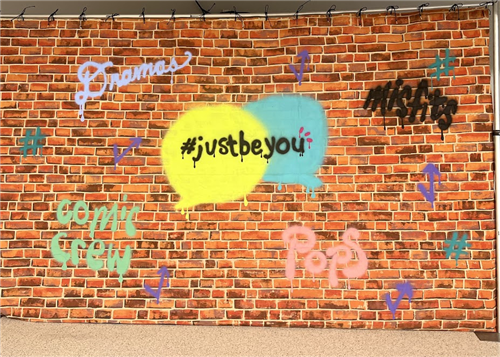 According to the programming staff, there is something about watching peers dramatize and resolve problems that makes more of an impact on a child than any lecture a “grown-up” could ever give.

#JustBeYou's message aligns with Unity Day, which students and staff celebrated in October, and was also a way to bring Hillside's core values of Courage and Conflict Resolution to the forefront. An added bonus? Ben Wohl, one of the cast members, is a former Hillside Elementary School student.

Unforgettable characters, catchy songs, playful choreography and a cast of top-notch actors made for a memorable, entertaining, and educational experience for all.