Hastings Teachers Pedal Towards a Cure 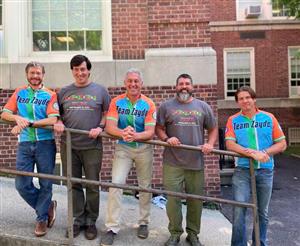 Blum and his wife Michelle formed "Team Zayde" in 2016 to honor the memories of Blum's father Jerry, who was "Zayde” (“grandfather” in Yiddish) to their children, and Michelle's brother, Richard, both of whom died of cancer in August of 2011.

Over the years, colleagues, friends, and family have joined the cause. In the last six years, Team Zayde has raised over $150,000 for cancer research and treatment at the Dana Farber Cancer Center in Boston and the Abramson Cancer Center at the University of Pennsylvania.

"Every year, every month, we seem to hear of another friend or loved one whose life has been impacted by cancer. Yet despite this reality, we have every reason to be hopeful," said Blum. "We are proud to be part of the amazing work that’s being done in the fight against cancer. After having been derailed by COVID for a few years, we were thrilled to be riding as a team again in this year’s Breakthrough Challenge."

Blum learned about the Breakthrough Challenge from his college roommate and cancer survivor, Robert "Bo" Ebby, who was treated at the Abramson Cancer Center and is now President of the Board of Directors. Blum serves on the Board with Ebby and remains committed to the organization's mission to honor all who have fought and are currently fighting cancer, and to help find a cure.

"Members of Hastings' faculty and staff who've heard what we're doing have approached me in the school halls to offer support and encouragement, and many others have contributed generously to the cause," said Blum. "Friends and family have come from all over to ride with us--South Florida, North Carolina, Rochester. Having people from different communities coming together is really powerful. Not to mention, riding is fun."

Even former Hastings students have ridden with Team Zayde in the charity bike ride. According to Blum, who's in his 33rd year teaching at Hastings, it is one thing to teach students attributes like empathy, compassion, and volunteerism, but it's another thing to model it.

If you'd like to join Team Zayde, email Josh Blum at blumj@hohschools.org. 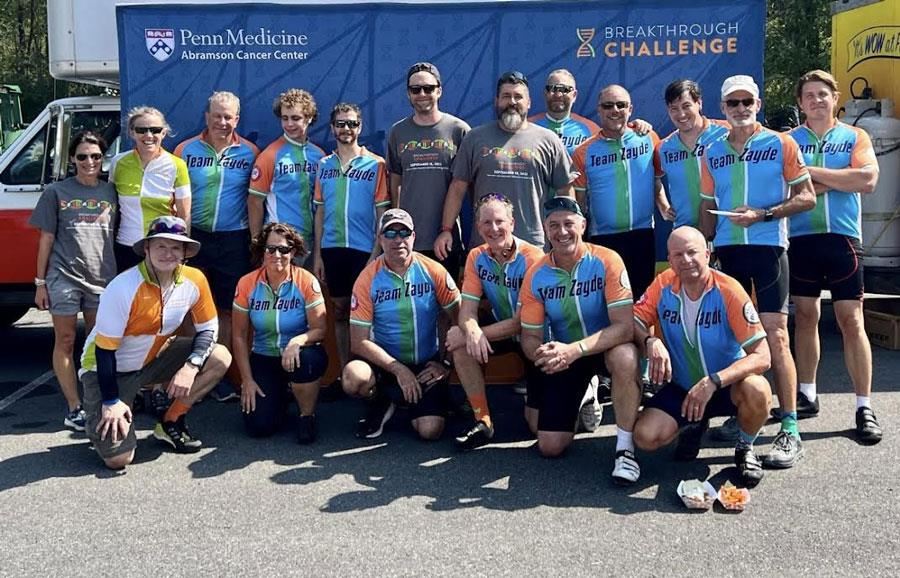