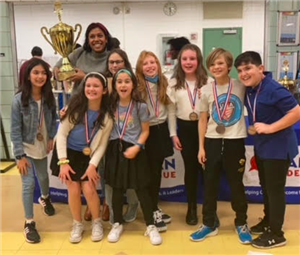 For the last two months, students in Farragut Middle School's Debate Club have been preparing for the American Debate League Winter Classic.

On Saturday, December 17, four teams of Hastings students brought their A-game to compete in the tournament's Novice Division, consisting of three rounds with a total of 50 student competitors. 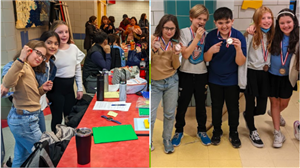 Their combined performance earned the Debate Club First Place out of 37 schools that competed.

"These students prepared for so long going into this competition," said Debate Club Advisor Devita Cruz. "They were in my room until 4:30 p.m. every day the week before the tournament. I'm so incredibly proud of the dedication that they put into their speeches and research, which ultimately led to their success!"